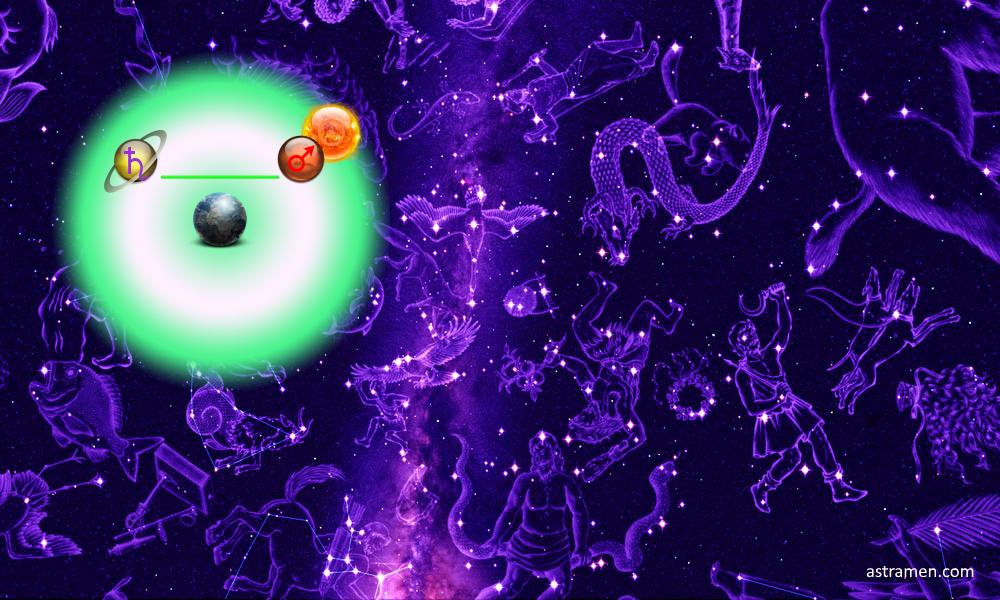 The structure of aspects in the Solar System Accented Tridecil 1st degree-left that is triggered in the period described in the title shows medium-strong creative and liberating cosmic energies. This geometric structure is formed when, viewed geocentrically in the local Cosmos, connections take place between three luminaries, planets or other important cosmic factors. The triple combination symbolizes the specific relation between thought, feeling and will-power expressed by the planets.

In this case the connections between these planets have the following combinations: 0°-108 or Mars (T) q Sun (Q) å Saturn (U) .

In a global sense, The inclusion of the Sun means that the cosmic processes are directing their energies towards the leaders of society and political leaders. The presence of Mars energy in a cosmic figure is most often a sign of dangerous, military, destructive processes, unfortunately, and even in the best case, it is a sign of the manifestation of the masculine principle in the world. Saturn, with its vibrations, often refers to the value system and morality of society, as well as to the earthly goods and resources, but also to the poor and underprivileged strata of society, and also to the natural vehement forces of the Earth.