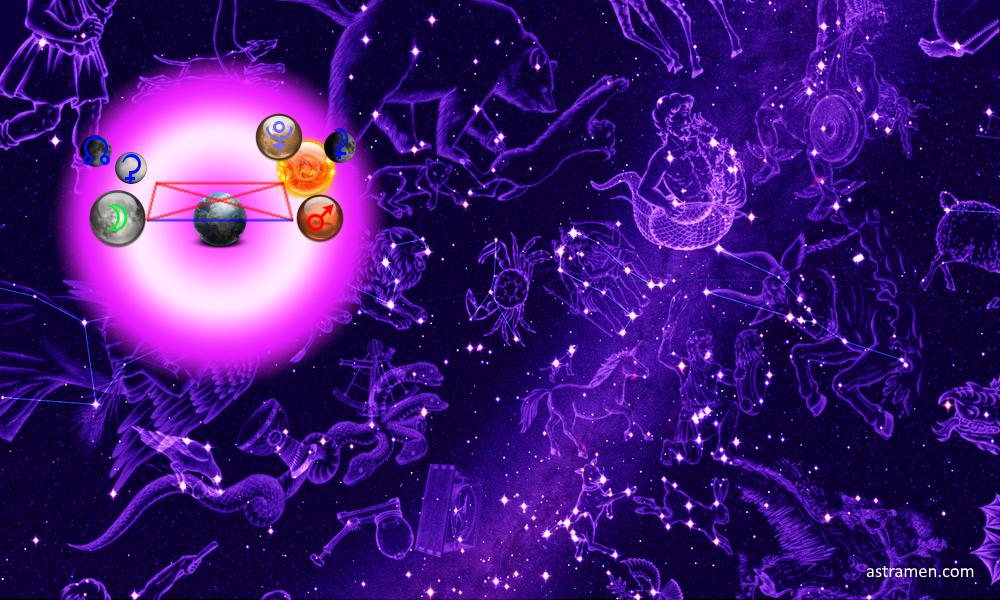 The structure of aspects in the Solar System Stage that is accomplished in the period referred to above shows medium-strong transformational and restructuring cosmic energies. This geometric structure manifests itself when, viewed from the Earth in the Solar System, links are built between seven luminaries, planets or other important cosmic factors. The seven-beam combination of cosmic energies is a sign of a powerful concentration of the Spiritual World in support of man.