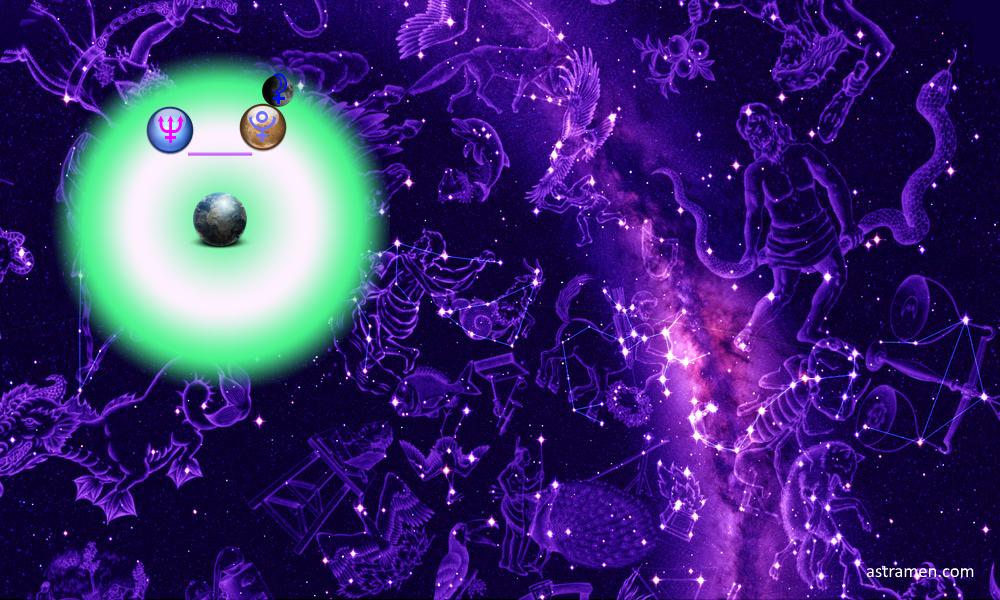 The structure of aspects in the Solar System Accented Septile 1st degree-left that occurs in the period described in the title shows medium-strong spiritual and uplifting cosmic energies. This shape in the astral world is accomplished when, viewed geocentrically in the local Cosmos, connections are formed between three luminaries, planets or other important cosmic factors. The triple combination symbolizes the specific relation between thought, feeling and will-power expressed by the planets.

In this celestial event the connections between these planets have the following angular sequence: 0°-51.42857 or Pluto (P) q Selena (´) Ü Neptune (O) .