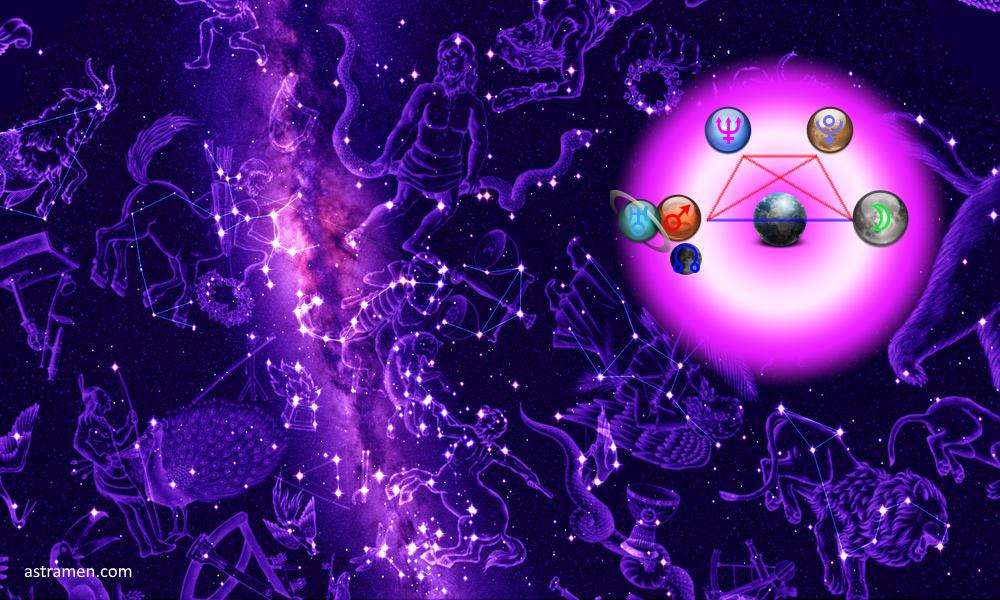 The structure of aspects in the Solar System Trapeze that is accomplished in the period referred to above shows very strong transformational and restructuring cosmic energies. This shape in the astral world is accomplished when, viewed from the Earth in the Solar System, combinations occur between six luminaries, planets or other important cosmic factors. The sixfold relation between the celestial factors shows an impulse towards perfection expressed by the Cosmos.

In a global sense, The participation of the Moon in more complex cosmic connections means that they will be further enhanced, and the energy of the Universe will be directed also towards the wide public masses. The presence of Mars energy in a cosmic figure is most often a sign of dangerous, military, destructive processes, unfortunately, and even in the best case, it is a sign of the manifestation of the masculine principle in the world. Uranus's interference always brings great surprise and exceptional dynamics in the processes, and often, participating in the configurations, shows processes of spiritual order or some high technologies, gas transmission systems, energy and electrical processes, as well as processes related to the sky, such as aviation and space technologies or phenomena. Neptune's involvement brings a social emphasis on the configuration and even a mystical flavour into the cosmic situation; however, often Neptune enhances the influence of the Cosmos on water elements and vehement forces, and all phenomena associated with them. Pluto shows some of the most complex, secretive and somewhat destructive and dangerous energies in human society. It often triggers large-scale energy issues and also everything related to radiation and major devastating vehement mighty forces.