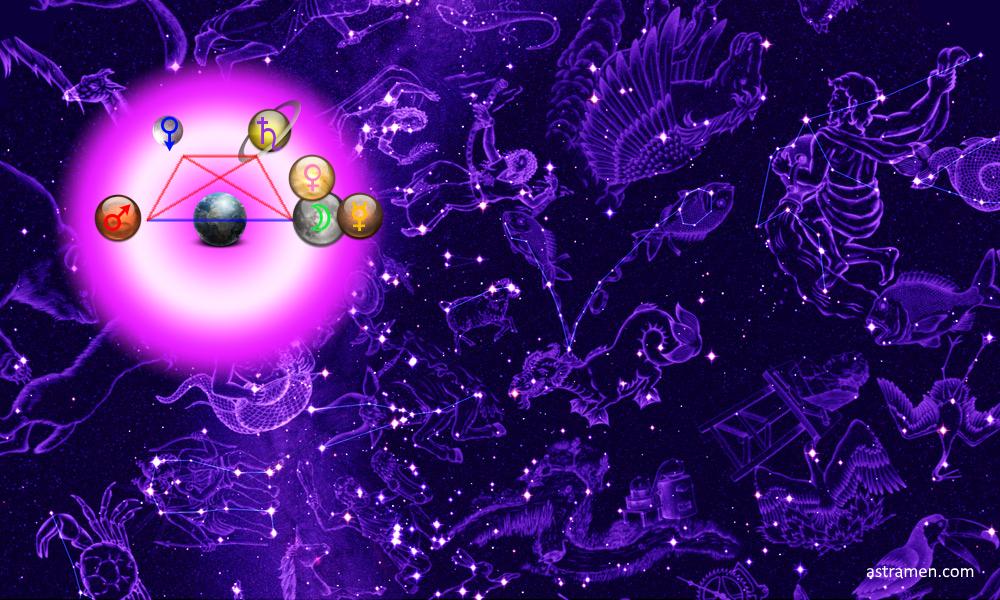 The configuration Trapeze that is triggered in the period described shows very strong transformational and restructuring cosmic energies. This shape in the astral world is accomplished when, viewed geocentrically in the local Cosmos, links are built between six luminaries, planets or other important cosmic factors. The sixfold relation between the celestial factors shows an impulse towards perfection expressed by the Cosmos.

In a global sense, The participation of the Moon in more complex cosmic connections means that they will be further enhanced, and the energy of the Universe will be directed also towards the wide public masses. Mercury's presence indicates that this is about stock exchange, trading, contract, and information-communication processes, as well as any news or processes related to transport and travel. When Venus engages in cosmic configurations with its energies, this always has a strong influence on women, arts and financial institutions. The presence of Mars energy in a cosmic figure is most often a sign of dangerous, military, destructive processes, unfortunately, and even in the best case, it is a sign of the manifestation of the masculine principle in the world. Saturn, with its vibrations, often refers to the value system and morality of society, as well as to the earthly goods and resources, but also to the poor and underprivileged strata of society, and also to the natural vehement forces of the Earth.