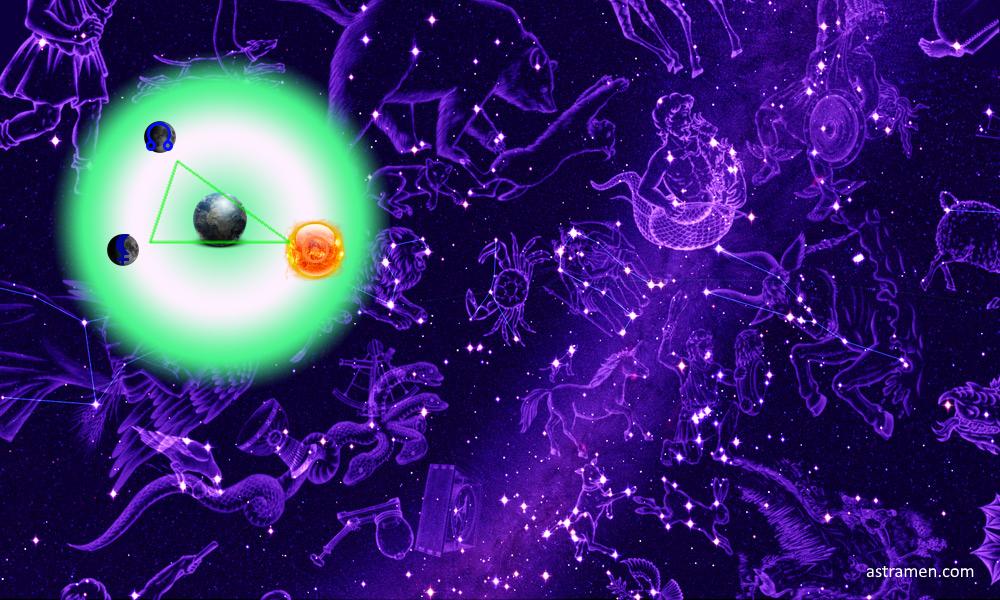 The geometric figure in the sky Palm that is accomplished in the period described in the title shows weak creative and liberating cosmic energies. This shape in the astral world manifests itself when, viewed geocentrically in the local Cosmos, connections take place between three luminaries, planets or other important cosmic factors. The triple combination symbolizes the specific relation between thought, feeling and will-power expressed by the planets.

In a global sense, The inclusion of the Sun means that the cosmic processes are directing their energies towards the leaders of society and political leaders.