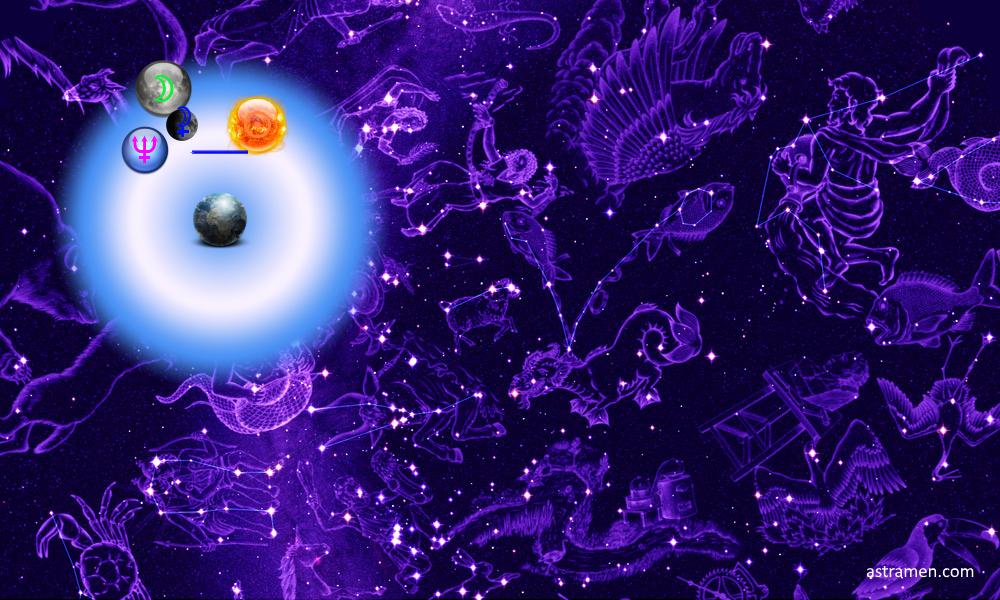 The geometric figure in the sky Accented Semi-Square 3rd degree that is accomplished in the period described shows strong disharmonious and overstraining cosmic energies. This geometric structure is accomplished when, viewed from the Earth in the Solar System, connections take place between four luminaries, planets or other important cosmic factors. The quadruple combination symbolizes the creation of some material base for the manifestation of the planetary energy.

In this celestial event the connections between these planets have the following angular sequence: 45°-0°-0* or Sun (Q) y Selena (´) q Moon (W) q Neptune (O) .