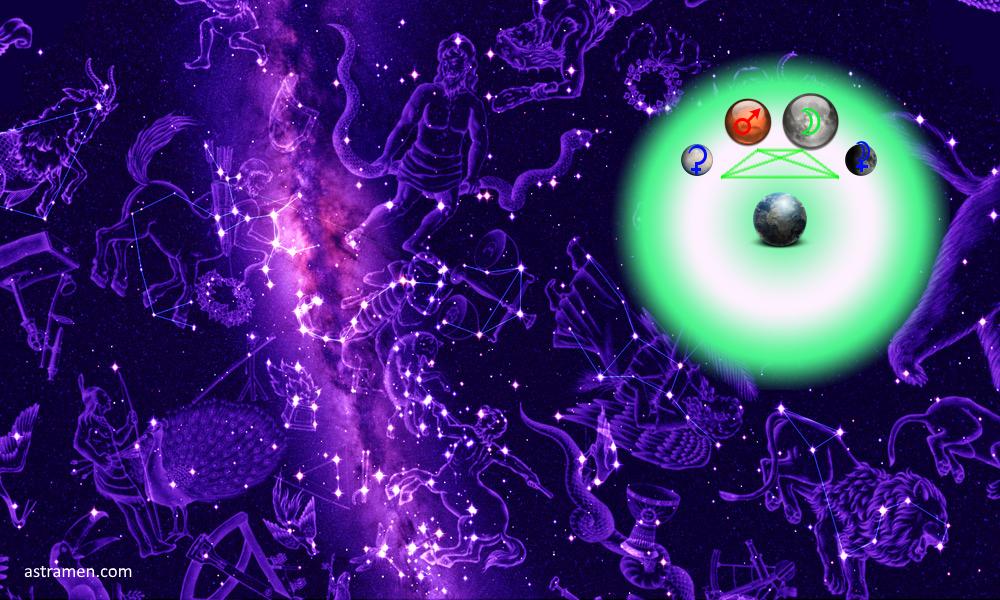 The structure of aspects in the solar system Palette, that realizes in the period referred to above, shows weak creative cosmic energies. This geometric structure is formed, when looked from Earth in the solar system show up connections between four luminaries, planets or other important cosmic factors. The quadruple combination symbolizes the creation of some material base for the manifestation of planetary energy.

The form of this space composition is trapezoid. When the universe forms a trapezoid in the starry sky, it shows the aspiration of energies to peak in their manifestation.

Mentioned geometric figure is happening relatively rarely in the universe, and it shows that Living Intelligent Nature works in a unique way on the fates of all beings on the face of the Earth.

As this celestial shape has symmetry, this shows that the heavenly energies have in themselves the potential with which to direct the man and beings to the world of the Truth.

In a global sense, The participation of the Moon in more complex cosmic connections means that they will be further enhanced and the energy of the Universe will also be directed to the broad folk masses. The presence of Mars energy in a cosmic figure is most often a sign of dangerous, military, destructive processes unfortunately, and at best a sign of the manifestation of masculinity in the world.