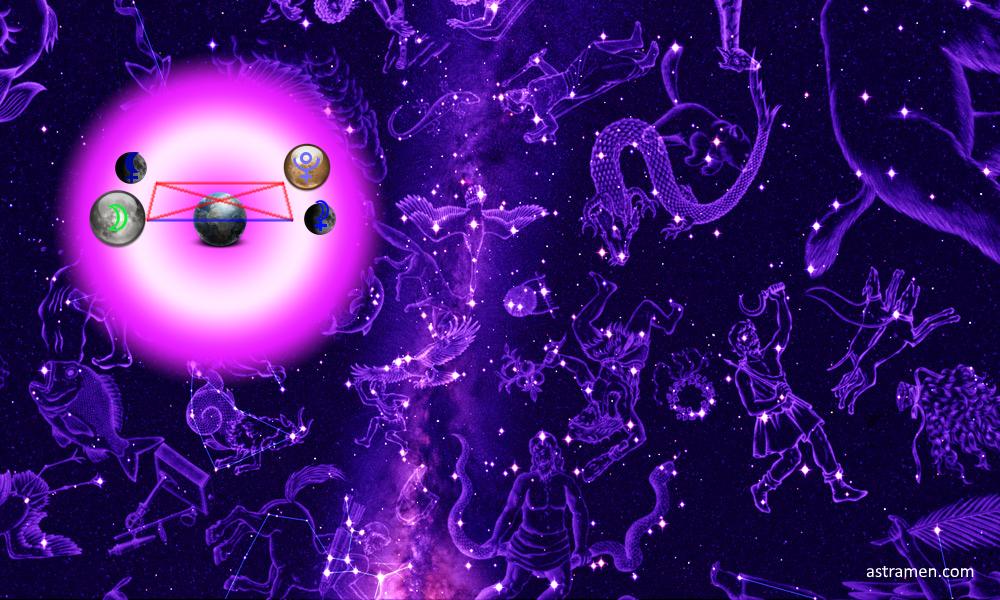 The structure of aspects in the Solar System Stage that is accomplished in the period referred to above shows medium-strong transformational and restructuring cosmic energies. This shape in the astral world is accomplished when, viewed from the Earth's point of view in our cosmic system, connections take place between four luminaries, planets or other important cosmic factors. The quadruple combination symbolizes the creation of some material base for the manifestation of the planetary energy.