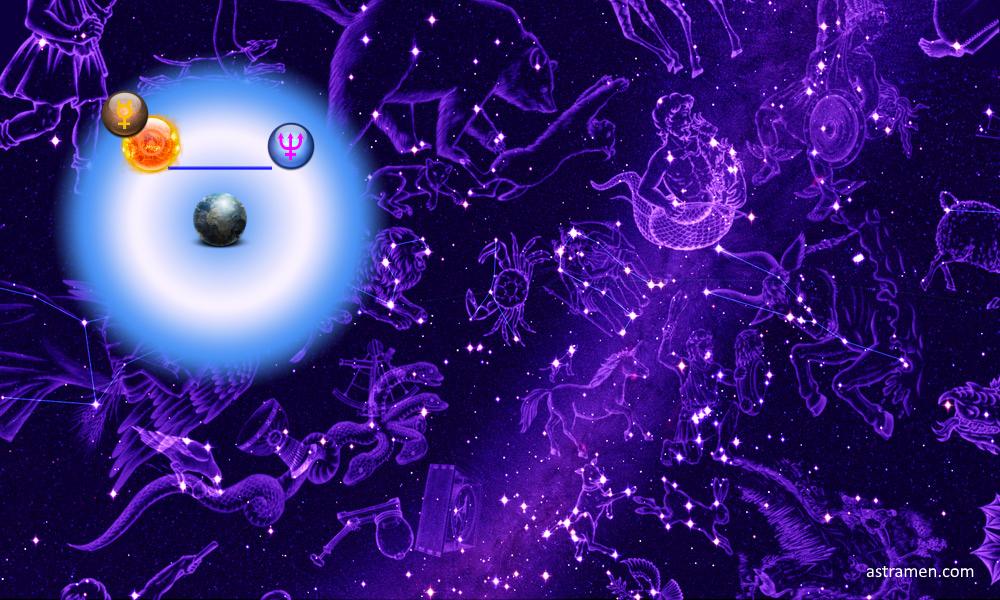 The structure of aspects in the Solar System Accented Square 1st degree that is accomplished in the period described in the title shows relatively strong disharmonious and overstraining cosmic energies. This geometric structure manifests itself when, viewed geocentrically in the local Cosmos, combinations occur between three luminaries, planets or other important cosmic factors. The triple combination symbolizes the specific relation between thought, feeling and will-power expressed by the planets.

In this celestial event between the planets there is the following combinations: 90°-0 or Neptune (O) r Sun (Q) q Mercury (E) .

In a global sense, The inclusion of the Sun means that the cosmic processes are directing their energies towards the leaders of society and political leaders. Mercury's presence indicates that this is about stock exchange, trading, contract, and information-communication processes, as well as any news or processes related to transport and travel. Neptune's involvement brings a social emphasis on the configuration and even a mystical flavour into the cosmic situation; however, often Neptune enhances the influence of the Cosmos on water elements and vehement forces, and all phenomena associated with them.