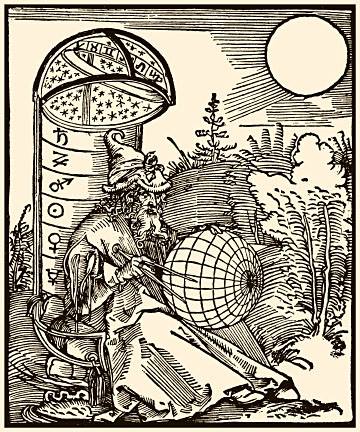 True Astrology has two fulcrums, without which any conscious work on one’s character is impossible. These are the Law of Cause and Effect, or the Law of Karma, and the idea of reincarnation, or the eternal life of the soul. Master Peter Deunov – the creator of the Bulgarian Astrological Tradition, teaches us: every fact of our life has its own law that governs it, and its own principle that creates it. Conversely, principles lead to the creation of laws, and laws – to the fulfilment of certain facts. In other words, every cause has its consequences, and the consequences have their definite causes. In the language of life, this means that if a being plants a seed – i.e. a cause, then that being will reap also the fruits – i.e. the consequences. For example, if a person plants in one’s life the seeds of wise, good deeds, pure feelings and luminous thoughts, this person will surely reap favourable conditions and good deeds on oneself, and vice versa: if a person sows evils, hateful feelings and dark thoughts, he or she will inevitably reap severe, unfavourable conditions and many hardships and sufferings. In addition, if a person wrongly takes away someone’s good, this person is obliged to restore it, and vice versa – if a person selflessly donates part of one’s own goods, in the future he or she will receive abundant goods.

This law is observed in Nature itself almost constantly by humans; however, when it comes to them, it is quite interesting how this same law becomes difficult to understand, illusory, unjust, etc. It can be easily understood if we symbolically or realistically (depending on the reader) imagine that at the edge of Existence there is a mirror essence reflecting everything that is emanated and projected towards it. Thus, the causes that a person has emanated from oneself will sooner or later return to this person as some environment. Thus, humans themselves create their own world, their own conditions, circumstances and opportunities. In general, it must be understood that the Absolute Cause has built the whole Existence according to absolutely just laws on the basis of the infinite Divine Love and Wisdom.

To make it clearer, we will ask a few questions. Why does a person who has just been born fall into a certain karmically and strictly specific environment? What happens to the Law of Conservation of Energy when a person who has lived and accumulated a large number of causes leaves the physical world?

To answer these questions, obviously we must assume the idea that humans continue to live after death, only in a different form, because it is known that energy cannot be destroyed but can only be transformed, due to the law of its conservation. Here the expression “life after death” should be understood through the idea that human consciousness continues to exist despite death. Then it becomes clear to us what the processes after death represent: the causes that a person has accumulated during one’s life require their consequences – and because of them, the human consciousness experiences certain consequences on itself in the form of a specific environment.

THIS ARTICLE IS TO BE CONTINUED...