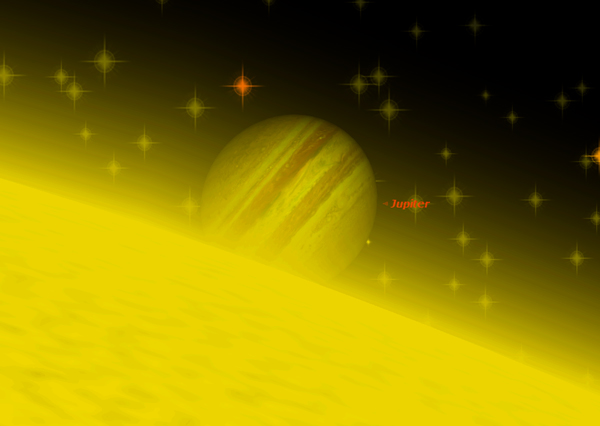 GLOBAL PROGNOSIS (26-27.12): On December 26 and 27 there are two Cosmic signs - Ring-shaped solar eclipse and Jupiter's occultation behind the disk of the Sun.

The solar eclipse will not be visible from Bulgaria, but it has a very powerful seismic impact on the Earth and will be visible from the Indian and Pacific Oceans. In the second event, Jupiter hides behind the disk of the Sun for about 15 hours and thus astrologically Jupiter's energies are not present for this period of time. Both events take place against the background of the Galactic Center, in the Archer's Arc and in the 10th Solar Sector, which has to do with Bulgaria. According to astrology, the presence of two serious eclipses in two days, too close to the winter solstice, indicates that there will be large-scale geopolitical changes around the world. The probability of very strong earthquakes and other destructive natural disasters is extremely high, as for the following countries: Turkey, Greece, Egypt, India, Indonesia, Philippines and Central American countries there is a CODE RED, and for Bulgaria, Serbia and Romania there is a seismic hazard with code ORANGE. The seismically dangerous period is from 24.12 to 4.01.

It is possible that there will be drastic changes in relations between the United States, China, Turkey and St. Korea. The processes surrounding Trump's impeachment will intensify due to a serious conspiracy, and in Bulgaria a political transformation and changes in the ruling party or coalition are possible, and this will be realized smoothly by around the spring of 2020.

As Jupiter hides behind the Sun, serious religious problems are possible around the world. Unfortunately, around Christmas and New Year, there is a very serious danger of terrorist acts by religious fanatics, and to that end all security services in Europe must be on full alert, and people must avoid crowding. Around the holidays there are tendencies to aviation danger, accidents, strikes or other similar problems and for this reason it is not good to travel in the period 25.12-2.01.

If you want to check how these two events affect you, you can find out with the following button: