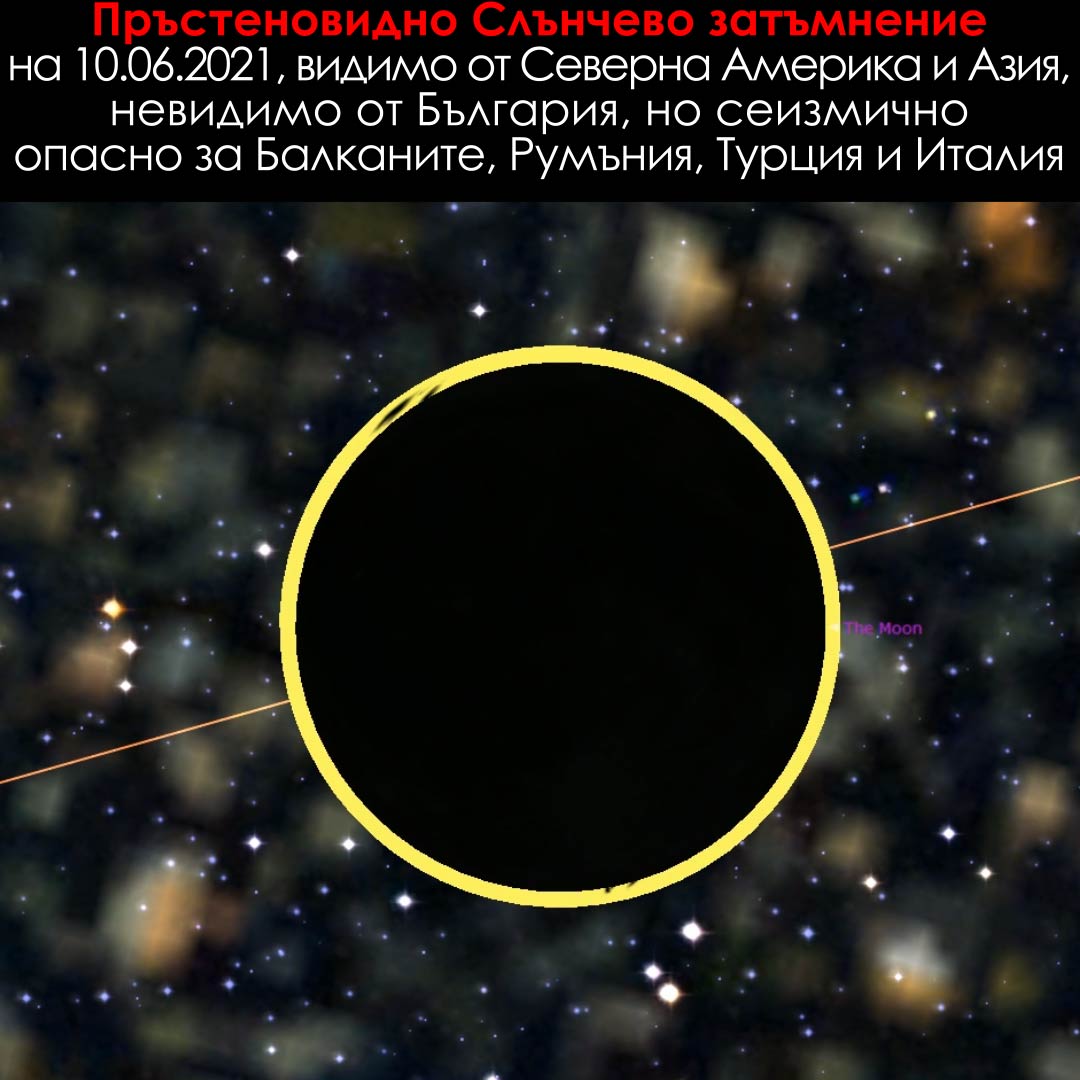 DANGEROUS SOLAR ECLIPSE: On June 10, an annular solar eclipse occurs, visible from the North Pole, North America and Asia. This eclipse occurs against the background of the Milky Way, which crosses the Zodiac between the Cosmic Bull and Gemini, right between the Horns of the Celestial Bull. This is a special place that is responsible for the connection of Mankind with the Cosmos and the Doctrine of the Cosmic Woman. This means that there will be a change and important events will take place regarding the relationship of humanity with the cosmos, as well as the attitude of the Reasonable Life in the Cosmos towards human civilization. The eclipse shows that the Natural World and the Sacred Principle of the Feminine Principle must be kept as the apple of the eye and no mistakes must be made in relation to ecology and those who give birth and give life. Nations and forces that unceremoniously and arrogantly encroach on Nature and Women will be severely punished. It is obvious that the cosmos is preparing us for epoch-making events that will change all of humanity again.

I remind you again that for the first time in the history of mankind one of the largest countries - the United States openly states that its military sites are under serious threat and constant monitoring of UFO sites that have outpaced the technological development of all advanced thousands of years. This eclipse shows that this month and until the end of the year, extremely significant events will take place on this topic, which will change the thinking and behavior of mankind about the Extraterrestrial or Earth higher mind, manifesting itself more and more on human civilization.

The solar eclipse will cause serious seismic activity with CODE RED in the period 8-14.06 (as the most critical days are 9-11.06), with the most affected countries: Southern Italy, Croatia, Bosnia and Herzegovina, Western Turkey, Central and Southeastern Romania, Afghanistan, Pakistan, India, Mexico, and the West Coast of the United States. Bulgaria also receives a YELLOW CODE.

Personally, people who have a strong emphasis on this eclipse on their Sun, Moon, Ascendant, or important planet will experience major changes in their lives. They must protect their health through prevention and prudence, and they must avoid family or clan conflicts at all costs. Fortunately, everyone can now check if they are affected by the solar eclipse thanks to the Astrological Internet Software - Astramen.com. If you click the button at the end of this article, you will be able to check the influence of the solar eclipse in your personal horoscope, if you have a registration on the site. You will receive a detailed and personalized analysis for you and your life.

People who have a negative or mixed-transforming influence must be in a state of prayer on the day of the Eclipse for themselves, their loved ones and Bulgaria, and the whole Planet, and people who have a positive impact must use the impulse of the Eclipse, for clearing life problems and unsolved problems in their social and professional life. In general, all people should pay more attention to their family and clan in the period 10.06-10.07.

Observing the universe, the Reasonable Man touches the Infinite Wisdom of Christ!