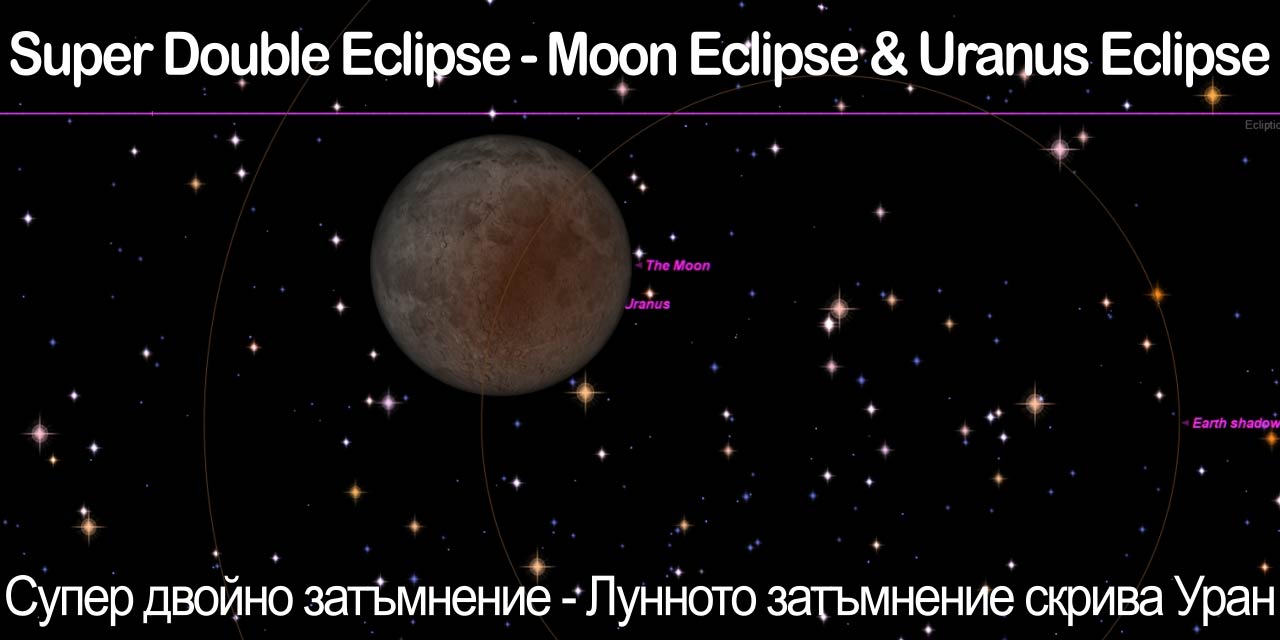 One of the rarest Super Eclipses occurs on November 8. During a lunar eclipse, the eclipsed Moon hides the planet Uranus. Such double eclipses occur 1-2 times per century. This sign will be visible over Beijing, Tokyo, and Seoul, but applies to the entire world. According to ancient astrologers, double eclipses bring great dangers. There is a risk to aviation, electrical systems, personal computers, the internet, as well as military, hacking, terrorist and social dangers.

On the other hand, a dangerous right triangle has been in effect since early November, and will be at its maximum power on the day of the lunar eclipse. The tense cosmic figure is particularly strong because a total of 8 cosmic factors are involved: the Sun, Mercury, Venus, the Moon, Saturn, Uranus and the two lunar nodes (link: https://astramen.com/k/1263333). This indicates that the month begins with a major intensification of the military confrontation between the USA and Russia on the territory of Ukraine, from which millions of people across Europe are suffering. The figure shows that there is a tendency towards a complete blockage of the energy structure of Ukraine, but along with this there is a very serious danger of plane crashes all over the world, major problems and incidents in the sky, cosmic threats (Solar and Magnetic storms, asteroid danger, UFO phenomena), electrical large scale incidents, leaving hundreds of thousands or even millions of people without power, hacking attacks could reach unprecedented proportions, blockages or deliberate disruption of the internet and energy grid (electric, gas, oil) are extremely likely, terrorist actions, mass shootings and major public incidents could realize new levels of chaos. Therefore, it is best to avoid mass gatherings and large congregations of people.

Such cosmic events are extremely serious because they also indicate critical spiritual processes. There is an opportunity for new steps to be realized in the Apocalypse process now underway. There is a high probability that around the Double Super Eclipse new ideas of the dark globalists will be announced for the creation of a Global Government or some well disguised with good words impure deeds that will aim at the loss of people's freedoms, for example in a climatic, financial, political, religious or common human sense.

This eclipse also shows that new manipulations are being prepared for the upcoming elections in the USA, on which the fate of not only Americans, but the whole world depends. The Marxist-Leninist Democrats in the US will fight tooth and nail to once again falsify the will of the people through the voting machines, which are already the benchmark for mass falsification and manipulation. Their shenanigans will not help them this time, because the American people see their absolute carelessness and the dangerous tendency of a senile old man to ignite a nuclear war. Therefore, there will be forgeries, but neo-communist Democrats will nevertheless be punished on a massive scale and their power in the Senate will be completely blocked. Putin is also not in a good position and is in a very dangerous month. On the other hand, if around the lunar eclipse a Bulgarian politician dares to form a government, it will have severe consequences for the party that will be the mandate bearer and for the people themselves.

This omen has already provoked five major events and sensible men should watch these events with particular attention:
1. It was in Seoul, where this super eclipse will be seen, that the big incident around Halloween happened, trapping hundreds of thousands and killing over 140 people. This event was successfully predicted with an astrocartographic line near S. Korea and the explanation that there was a humanitarian danger.
2. Elon Musk showed himself in a samurai outfit with the sign of the antichrist clearly visible. The same businessman is leading a project to install chips in brains and connect humanity via the Internet directly into people's brains via a global network of satellites.
3. North Korea launched a series of missiles at Japan and South Korea.
4. A new rather dangerous one-kilometer asteroid was discovered crossing the Earth's orbit.
5. Politicians in Bulgaria, in the very days before this extremely dangerous eclipse, decided to give weapons to Ukraine.

Be sure to also check the charts of health, risk, finances, profession, partner relationships and love at the link: https://astramen.com/prognosis and if there are lows and long lasting lows below zero on the charts in the first 10 days of November - this indicates that you need to beware of the given topic you are exploring in the periods described.

The intelligent person who thinks and observes life carefully finds the signs given by God and understands them correctly.