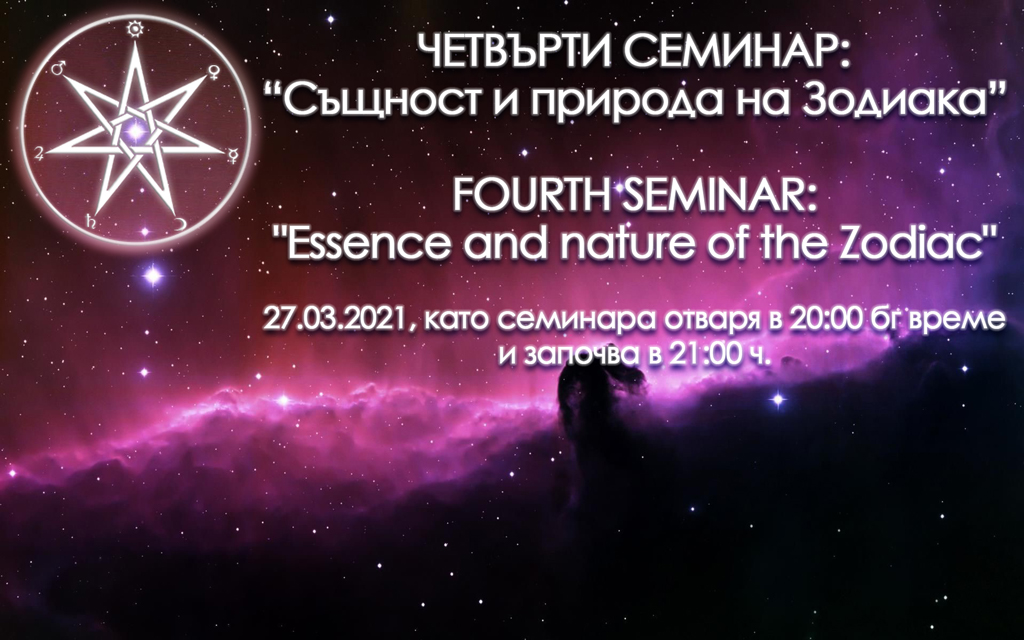 04 - ESSENCE AND NATURE OF THE ZODIAC

On March 27, 2021, Filip Filipov gave a Fourth Seminar lasting 2 hours on the topic: "Essence and Nature of the Zodiac". This seminar explained how the essence of the twelfth zodiac is embedded in the very structure of the three-dimensional space of the Universe, which is shown through the five Platonic bodies. The human form, symbolized by the pentagon, is present in the Dodecahedron and in the orbit of Venus. It was explained how the Sun and Moon are the basis of the 12-month calendar, which is directly related to the Zodiac, and why the Zodiac and each circle have 360 degrees. The presence of Design in the Earth and Moon orbit was shown, which directly determines the zodiac we work with. The family of the Zodiac is defined - Sidereal Babylonian Zodiac, Tropical Zodiac and House System. It was explained why True Astrology works with all three zodiacs, not just with the last two. The Axis of God, defined by two bright stars, appeared. Information was given about the smaller divisions of the zodiac. You will find a more detailed explanation of the Essence and Nature of the Zodiac in the video of the Fourth Seminar. Enjoy watching!