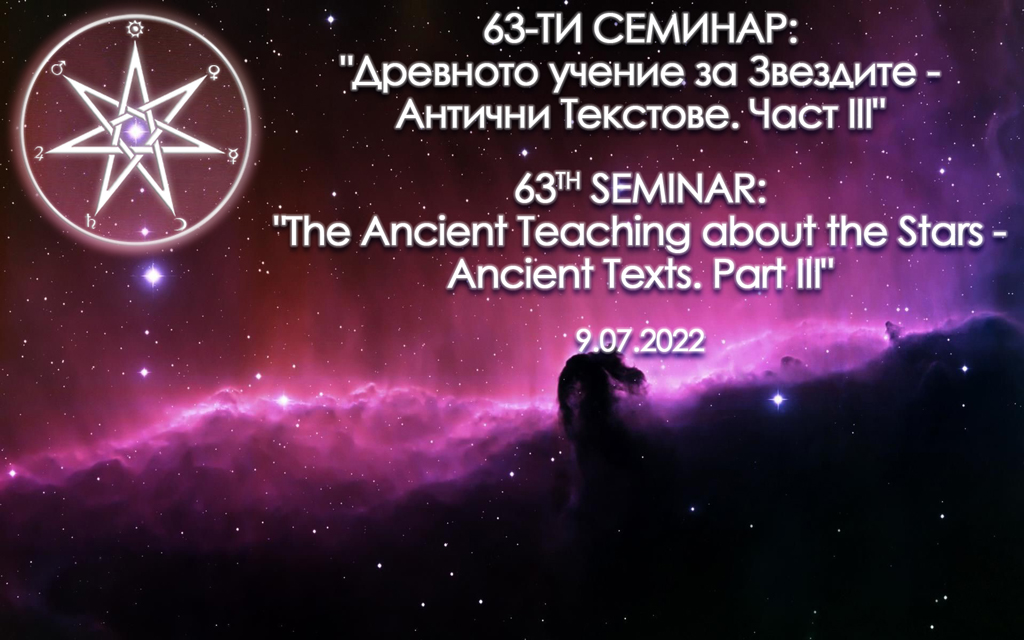 63 - The Ancient Teaching about the Stars - Ancient Texts. Part III

On 09.07.2022 at 21:00 bg time will be held a seminar on "The Ancient Doctrine of the Stars - Ancient Texts. Part III". In this seminar the second part of one of the most important Ancient Texts on the Fixed Stars will be discussed. The text has an Anonymous Author, but is based on texts from the Legendary Ancient Egyptian Astrologer-King Nehepso, ideas from Hermes and some concepts from Claudius Ptolemy and some additions from Rhetorius. The key ideas in the text relate to the planetary interpretation of the stars, as a combination of two planets or a manifestation of one. The text details the influence of several planetary types of stars, covering 30 of the most important stars of the Northern Celestial Sphere. If the second part dealt with stars with Venus-Mercury, Jupiter-Mars and Jupiter-Saturn influences, this third part will continue with stars with the planetary patterns of Mars, Jupiter-Mercury, Mars-Mercury, Jupiter-Venus, Saturn-Venus and Mars-Venus. This seminar has a highly practical focus, and without it, serious study of Astrology is not possible.