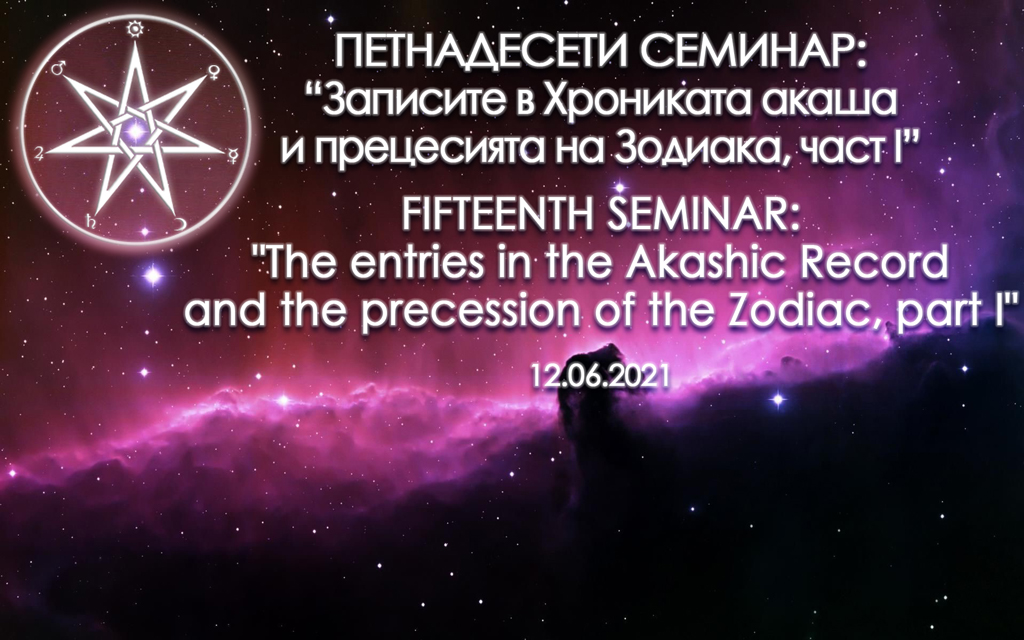 15 - THE ENTRIES IN THE AKASHIC RECORD AND THE PRECESSION OF THE ZODIAC, PART I