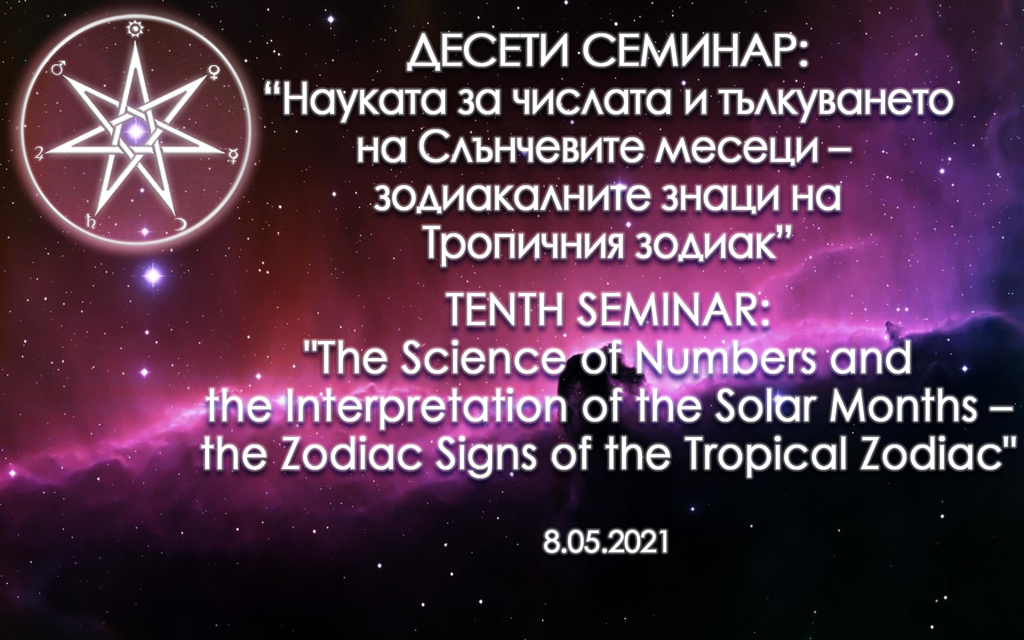 On May 8, 2021, Filip Filipov will hold a seminar on the topic: "The science of numbers and the interpretation of the solar months - the zodiac signs of the Tropical Zodiac." The seminar will consider the idea of ​​the number, carrying not only quantitative value but also semantic - semantic meaning. The meanings of numbers will be explained according to the Pythagorean philosophical system, which inherited the tradition from Egypt and Babylon, as developed by the Spiritual Master of mankind - Pythagoras and is the basis of the Science of Numbers, given by Master Peter Deunov - the creator of the Astrological tradition of Bulgaria. . Once the ideas for the numbers are clarified, philosophical arithmetic equations will be used to reveal the more internal meanings of the numbers and respectively of the next Zodiac sectors in the Path of the Sun - the Ecliptic or also called the Tropical Seasonal Zodiac. The solar calendar with its 12th solar months is directly related to the interpretation of numbers and much of the semantic meaning of the zodiac signs of the Seasonal Zodiac derives from the interpretation of numbers. The connection between the Numbers and the Zodiac sectors of the Solar Calendar will be explained and shown in great detail ... Welcome to the seminar!