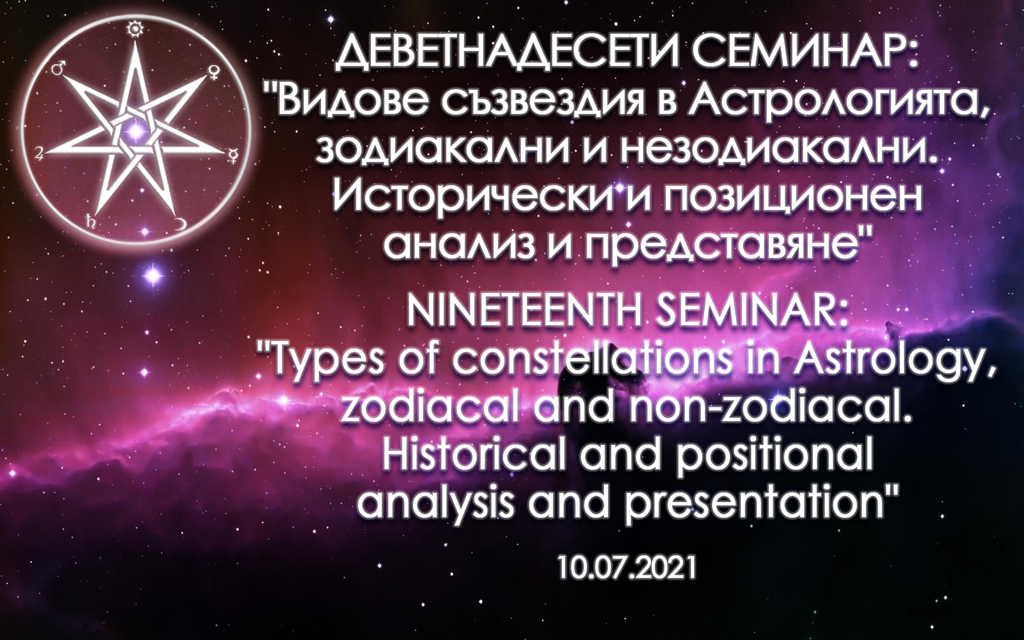 19 - TYPES OF CONSTELLATIONS IN ASTROLOGY, ZODIACAL AND NON-ZODIACAL. HISTORICAL AND POSITIONAL ANALYSIS AND PRESENTATION